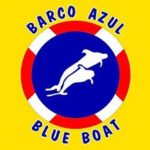 The southwest coast of Tenerife is a privileged place to see whales released. Not far from its coast can be found up to 26 different species of cetaceans: whales, dolphins, killer whales and even blue whales.

You can distinguish a shark from a cetacean by the tail. That of cetaceans is horizontal, while sharks have it vertically. The tropical calderón (also called pilot whale) and the killer whale (misnamed «killer whale» for feeding on other cetaceans) are odontocetes that measure more than 4 meters.

Pilot whale or Calderón Tropical can be submerged up to 1,000 meters for more than 20 minutes. In addition, its scientific name (Globicephala) mentions its head in the form of a globe. The waters of the southwest of Tenerife are the largest breeding area for bottlenose dolphins in all of Europe. Spotted dolphins form herds of hundreds of specimens. The youngest can be confused with the bottlenose dolphin. The common dolphin is one of the fastest cetaceans, capable of swimming at almost 45 km / h.

Listed dolphin can jump to a height of 7 meters, 3 times the length of its body. The members of a group of rough tooth dolphins go out to breathe in a synchronized way. Sperm whales can have up to 50 teeth, some of them over 1 kg. of weight. A specimen of the blue whale, the largest animal that has existed on Earth, is 33 meters long. In addition, you can eat 6 to 8 tons of food daily and your young need 100 liters of milk a day.

The vessels authorized to perform whale watching are distinguished by carrying a yellow flag with the “Blue Boat” logo. That allows them to be identified. There are various national and international laws and regulations that protect populations of calderones and dolphins. Therefore, it is important to pay attention to all human activities that may affect these animals, including whale watching. Om Sailing has authorized boats and personnel in its fleet.